Our School » The Space Shop

The “Space Shop” is available in two forms — (1) a mobile cart can be found traveling the school’s hallways during all lunch periods and study halls; and, (2) the Space Shop Store is open every Thursday during Activity Period (7:52 to 8:22 a.m.).

In early November, students participated in two rounds of interviews for open positions in the new store. The students were asked to wear professional attire and were given rubrics with guided questions and scores.

Each interviewee was presented with 10 questions (five per interview) and was graded on a scale of 1-5 based on his/her answers, which were also used to determine possible job assignments within the store. The interviewers also offered the students feedback at the end of each interview.

“It’s been a good experience for the students. The program provides a practical application of the skills that they are learning in the classroom,” says Lindsay Rosswog, principal. “They see what having a job would entail and they can prepare for that.”

The original idea for a school store run through Mars Area High School’s special education (life skills) classroom came from Deb Adams, then director of special education, says Samantha Flanhofer, life skills teacher and program coordinator, who worked with Adams prior to the start of the school year to discuss how the concept could be made a reality.

Earlier this school year, Flanhofer presented the idea to the Mars Planet Foundation Board of Directors, which issued a $1,500 Teaching Enrichment Grant to cover any start-up costs associated with opening the Space Shop. The funding was also used to begin building an inventory of merchandise that would be sold in the store.

In addition, to help get the Space Shop off the ground, students in the high school’s Introduction to Business Management class brainstormed ideas for what types of merchandise would be the most popular and the most competitive sale price of each item. The school’s Advanced Accounting II students also developed a system to inventory the merchandise as well as a daily cost worksheet to monitor revenues and expenditures.

The school’s Graphics Club silkscreened t-shirts for the store and the Broadcast Media classes filmed a commercial advertising the merchandise available for purchase. The commercial was broadcast during the school’s morning announcements.

The Space Shop would not have been such a success without all of those who contributed to the project, says Flanhofer, adding that she would especially like to thank the school’s special education paraprofessionals with whom she has worked closely to get the store up and running. 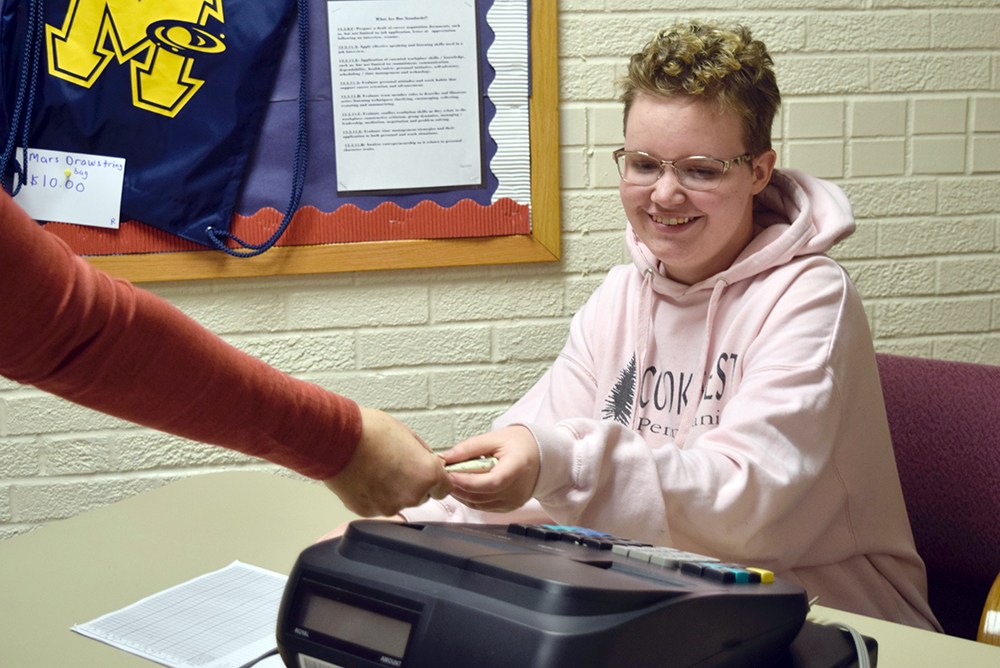